Climate change in, Snodgrass out

The Orowaiti estuary will have climate-ready floodwalls, but Snodgrass Road protection will be left out of final floodwall designs for Westport, West Coast regional councillors agreed yesterday.
Recommendations on what should be included in a bid for central government funding were debated at yesterday’s West Coast Regional Council (WCRC) meeting.The Buller District Council (BDC) and WCRC must present a business case to Minister for Local Government Nanaia Mahuta at the end of this month. 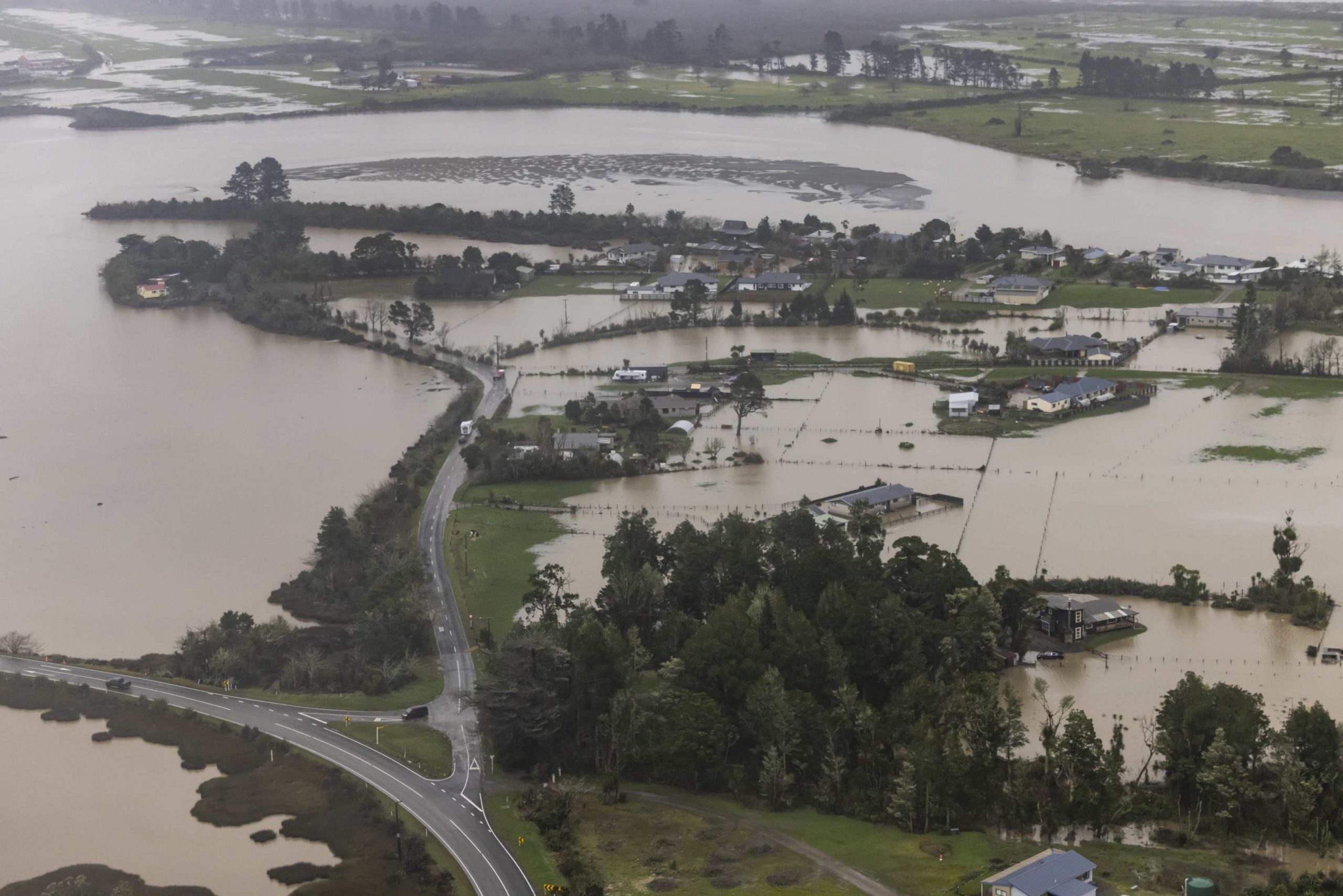 The Westport Rating District Joint Committee (JC) had recommended building walls along the Orowaiti estuary to a one-in-100 year flood level, but building higher walls along the Buller River and Carters Beach to account for climate change predictions.
Councillors voted unanimously yesterday to overturn the JC recommendation. They acknowledged the scheme would now cost more than the $26 million estimated by business case consultant John Hutchings and agreed to ask the Government to foot 75 percent of the bill.
At last week’s JC meeting, Buller Mayor Jamie Cleine pushed for the entire wall to be built to climate change standards. But the motion was lost by one vote. WCRC chairman Allan Birchfield voted against it in last week’s meeting but yesterday switched to supporting it. Buller WCRC representative Cr Laura Coll McLaughlin was absent from the JC meeting but said yesterday she would have chosen the climate change model.
However Snodgrass Road walls are still missing from the picture. Councillors agreed unanimously there was “little merit” in building them. Snodgrass was included in the $10.2m scheme the WCRC consulted the public on and agreed to last year. Snodgrass was one of the hardest-hit areas in July 2021 and ex-Cyclone Fehi’s 2018 sea surge. But a report to the JC from river engineer Gary Williams said the Snodgrass walls would cost too much and do little to protect properties from multiple risks, including rising sea and groundwater levels.
Mr Cleine urged the JC last week to recommend BDC and WCRC lobby the Government for climate change adaptation options for residents left unprotected or disadvantaged by the walls.
The JC unanimously supported him. Buller Electricity Ltd (BEL) chairman Frank Dooley implored councillors yesterday to support both of Mr Cleine’s recommendations.
But Mr Dooley opposed leaving Snodgrass out. He urged engineers and the council to consider whether the Snodgrass floodwalls were possible and cost effective. Mr Dooley said he had listened to river engineer Matt Gardner explain the impact on upstream properties was the main reason for leaving Snodgrass out of the scheme.“But we have not been provided with any economic impact analysis and comments need to be very carefully weighed up around the so-called adaptation options.” He referred to an engineering report from Mr Williams which seemed to contradict what Mr Gardner had said.
Mr Williams said building floodwalls was cheaper and had a smaller carbon footprint to relocating, or lifting floor heights on existing homes, or demolishing and rebuilding them.
“Flood defences are, generally, very inexpensive compared to the assets they protect, in economic cost or energy terms. This is why they are so frequently used, extended and upgraded,” Mr Williams’ report said.
Mr Dooley said he lacked information to support the JC’s recommendation. “There needs to be a lot more consultation with impacted landowners.” He echoed Mr Cleine’s push to support landowners left outside the walls or disadvantaged by them. But he said the recommendation should include a budget. “If the Snodgrass area remains inherently vulnerable, what are the options?”
The Snodgrass floodwalls were estimated to cost $3.5m. If they are built, the walls protecting Westport will have to be higher at an extra cost of $1.4m. Mr Dooley said the capital value of the 34 properties at Snodgrass was close to $13m. “We have to accommodate this vulnerability,” he said. “We have one shot at central government support and the business case needs to maximise the opportunity and include all options. Thus, excluding the adaptation option cost totally negates the council’s obligation to this group of ratepayers.”
Mr Dooley said the business case to government should include $13m to cover the property values at Snodgrass. Councillors agreed later in the meeting not to attach a dollar value to adaptation measures for Snodgrass residents. They said the business case would likely include a figure, but it was not a discussion for the WCRC meeting. Mr Cleine told The News today the overall business case would be for a lot more than the $26m floodwall project. WCRC’s part of the project was hard protection but the final case would be a “multi-tool” approach including adaptation measures and improvements to stormwater infrastructure. Mr Dooley also had reservations about the amount of information available to the public and the level of consultation with ratepayers affected by the proposed walls.
He said the proposed scheme was now “significantly different” to the draft design the WCRC consulted on last year. Westport ratepayers had had little chance for input since. He was concerned the report outlining the new scheme and its costs was published just 48 hours before last week’s JC meeting. Some decisions or recommendations were based on reports not yet made public, he said.